PAKISAMA organized a National Conference on “Agri-Cooperatives Building Agri-Enterprises” on August 28, 2015 at the Partnership Center, Quezon City to better understand and discuss the importance of forming a national agri-cooperative federation..

During the national conference, Rep. Cres Paez of Coop-NATCCO Partylist and Undersecretary (USec) Orlan Ravanera, Chair of the Cooperative Development Authority (CDA), stressed that a cooperative should be seen as a business and a bargaining organization that will need both strength in numbers and capital. Thus, If PAKISAMA and partner coops want to have bargaining power, they should merge, consolidate, or have a federated structure.

Meanwhile, USec Ravanera expressed his strong support for a national federation of agri-coops since this is a gap in the cooperative movement and there is an urgent need for a national platform to address social and economic injustices long suffered by Filipino men and women farmers.

Towards the end, the participants agreed to work towards building a national federation and identified actions on how to move forward such as creating a Technical Working Group, conducting research, profiling, and mapping issues.

The national conference was organized in partnership with the Asian Farmers’ Association for Sustainable Rural Development (AFA), Asian Partnership for the Development of Human Resources in Rural Asia (AsiaDHRRA), Foundation for a Sustainable Society (FSSI) and Collectif Strategies Alimentaries (CSA). 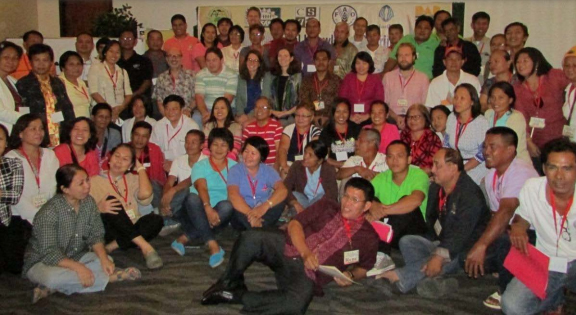